Here are the most relevant news in technology and startups from August 30 to September 3. 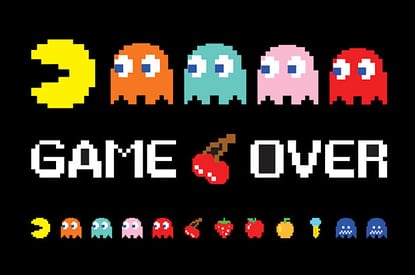 The Chinese government has announced a new law that limits access to video games for minors: they will only be able to play for one hour on Fridays, Saturdays and Sundays, from 8:00 p.m. to 9:00 p.m. That is, the playing time will be a maximum of three hours a week.

The goal of the Chinese authorities is to combat video game addiction, a growing problem among the younger population.

How will it work? All online video games will be connected to an “anti-addiction” system operated by the NPPA through real name registration. Tencent, the world’s largest video game company, has already started using facial recognition technology to verify users.

Apollo Global Management announced this week that it has completed the acquisition of Yahoo (formerly known as Verizon Media Group). The deal is worth $ 5 billion, with $ 4.25 billion in cash, plus preferred interest of $ 750 million.

In addition to the proprietary properties of Yahoo (Mail, Sports, Finance), the group also includes TechCrunch; AOL; Xataka brand and interactive media, RYOT. In total, the brand encompasses around 900 million monthly active users worldwide and is currently the third-largest internet property, according to figures from Apollo.

Steph Curry goes into the NFTs with the purchase of $ 180,000 of a token from the Bored Ape Yacht Club collection

The three-time champion and two-time NBA MVP made the purchase for the equivalent of 55 ethereums, according to BAYC’s profile on the OpenSea auction platform.

The ape that Curry bought is one of the rarest in the collection, because of the 10,000 only 1% wear tweed suits, 3% have zombie eyes, 5% have blue fur, 13% have a yellow background and 23% have boring look.

Bored Ape prices have skyrocketed since the first sale in May. Since its inception, the project has accumulated around 5,400 owners and the average value of an NFT is $ 25 or $ 79,000, Business Insider notes.

Facebook plans to announce that it will downplay political posts and current event content in the News Feed due to negative feedback from users. He also plans to expand testing to limit the amount of political content people see in their News Feeds to more countries outside of the US.

These efforts are part of a gradual effort by Facebook to make the experiences of its users less political and controversial.

They plan to implement these changes gradually, so as not to catch too many news and political editors off guard. It is likely that over time it will expand its tests to more countries.

We share the most relevant news in technology and startups from September 20 to September 24. China Declares All Cryptocurrency Transactions Illegal The People’s Bank

Here are the most relevant news in technology and startups from September 13 to September 17. Intuit buys Mailchimp for $ 12 billion Mailchimp was

Here are the most relevant news in technology and startups from August 30 to September 3. China bans minors from playing online video games on

Here are the most relevant news in technology and startups from August 06 to September 10. El Salvador becomes the first country in the world