PayPal launches its cryptocurrency service in the UK #DaNews

Here are the most relevant news in technology and startups from August 23 to August 27.

PayPal launches its cryptocurrency service in the UK 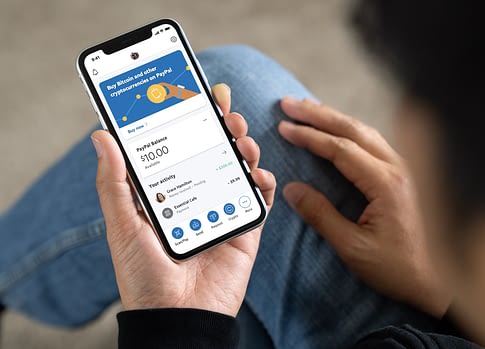 The american online payments giant said on Monday that it would allow British customers to buy, hold and sell digital currencies starting this week.

This is the first international expansion of PayPal’s cryptocurrency service, which was first launched in the US in October last year.

“It has done very well in the United States,” José Fernández da Ponte, PayPal’s general manager for blockchain, cryptocurrencies and digital currencies, told CNBC. “We hope it does well in the UK as well.”.

The feature allows customers to buy or sell bitcoin, ethereum or litecoin for as little as £ 1. Users can also track cryptocurrency prices in real time and find educational content on the market.

The law, formally called the Personal Information Protection Law, was passed by China’s legislature on Friday and requires companies to obtain users’ consent before collecting personal data. This law has rules on how companies must ensure that user data is protected when transferred outside of China.

Technology companies that handle personal information must have a designated person in charge of overseeing its protection, and companies must conduct regular audits to make sure they are complying with the law.

In addition, companies that handle personal data of users must have a clear and reasonable purpose to do so, and must limit it to the “minimum scope necessary to achieve the objectives” of handling such data.

Facebook announced that it is ready to launch “Novi”, its new digital wallet

Facebook is poised to launch its digital wallet, according to David Marcus, the executive who spearheaded the US conglomerate’s move toward digital currencies.

He said the wallet would offer free person-to-person payments both domestically and internationally, describing Facebook as “a challenge in the payments industry.”

The executive added that through Novi, Facebook could offer “cheaper commercial payments to companies”, while still making a profit on commercial services, once it had a “significant customer base.”

“Then we can diversify and offer a variety of other financial services in partnership with respected and regulated partners, and expand from there,” he added.

Picsart is tech’s newest unicorn, and Adobe should be worried.

Picsart is a well-known photo and video editing application, which is preferred by millions of people due to its ease of use and the availability of a number of editing tools in the basic plan, without the need to be premium.

The startup will invest its profit in hiring more engineering talents tasked with developing artificial intelligence functions. That’s necessary to keep up with a market crowded with hundreds of smaller design apps, multi-billion dollar startups like Canva and Adobe.

¡Listen to our new podcast “Hola Mundo” available on all platforms!

We share the most relevant news in technology and startups from November 22 to November 26. Adele sparked a major change in Spotify’s UX Adele

Here are the most relevant news in technology and startups from November 15 to November 19. Grammarly Becomes America’s 10th Most Valuable Startup Grammarly Inc.,

It started with three passionate engineering students back in 2014, and now we’re an award-winning agency. We at DaCodes, pride ourselves on the passion and

After a year of many changes in the way we use technology, this first season of Hello World had us talk with leaders in development,